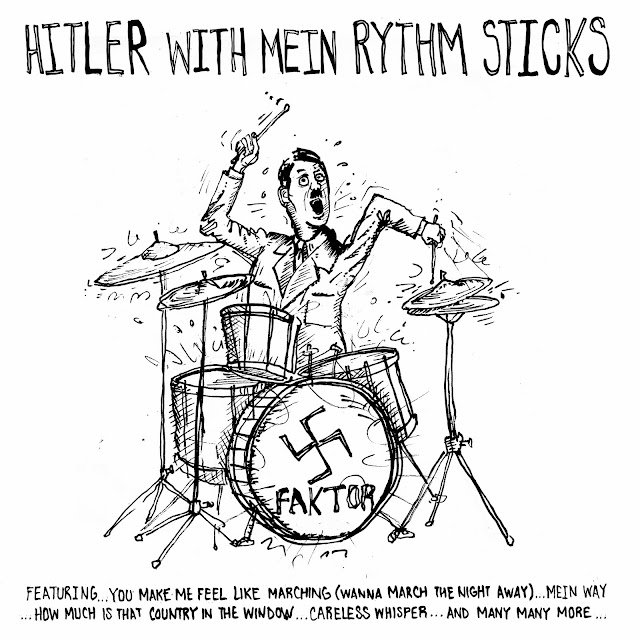 THE MORAL DILEMMA No.2:
The children want sweets but grandma want to live; what should they do? 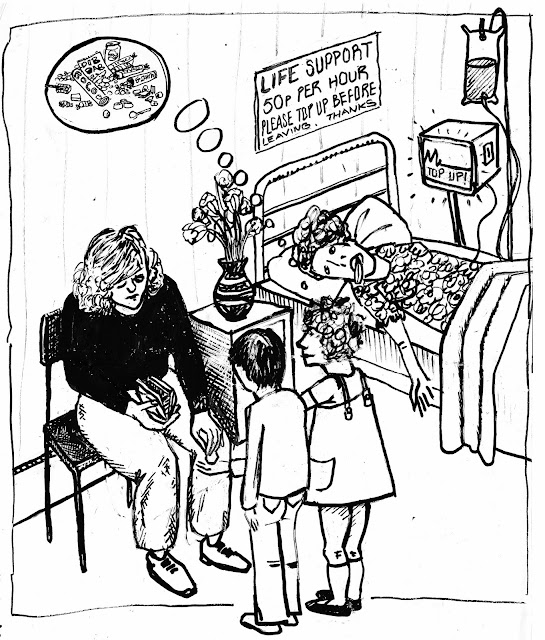 THE MORAL DILEMMA No.1:
Sometimes it's better to lie… Or is it?

INVENTION SETBACKS No.1: THE GRAPH
The boy is a genius but he father is a pedant

Wake Early. Instinctive. No need for an alarm clock here. Pull back the sheets and swing straight out onto the feet. Dress. Wearing undergarments from the day before cuts out dilly-dally. Trousers, shirt and jacket slipped on in next to no time. Pat the hair into place, pick up the keys and exit for work.

The paper-round. I wear two sacks, one slung over each shoulder. I alternate picking between bags so that the load will not tip to one side and leave me walking lopsided, in circles. The two bags at once is heavy, forces a stoop, wears the soles clean off the shoes. These ones have gone beyond common decency. No uniform is provided so that’s me reaching into the coffers again. Second hand shops suffice. Not to say I don’t look the part, I do. The jacket is blue pin stripe, the trousers grey. The glasses are held together with tape and give the wrong impression.

Upon reaching a door I push the newspaper right the way through the letterbox. Not to might result in theft and though the paper is free, it is looked forward to by some; the old I imagine but that is beside the point. Theft is theft and once in, the paper, whether partially or wholly posted, is the property of the household.

Postmen. Hello, I say but they do not see me as one of them. Technically I am not. The lack of uniform plays its part. But what I do is what they do only without names and numbers involved. Numbers are not a problem for me. 1, 2, 3, 4, I could go on all day like this. My applications to the post office have all been turned down but this does not bother me.

Sometimes I hear my voice and am surprised by its gruffness. The lack of practice is something to consider, the smoking too. A dog would be good to this end. Ideal for trying the voice out on: GOOD BOY! COME HERE! SIT! STAY! FUCK OFF! DIRTY BOY!

Dirty Boy. I shit myself at school but so what. A one off - never happened since. Ask my mother.